I’m sure I’ve said this before, but the crockpot is the single greatest invention for lazy cooks – hands down, case closed. If you have the capability to purchase ingredients, unwrap them and dump them into a circular heating vessel, you sound like you’d be a whiz at crockpot cooking.

I’ve used my own crockpot for hundreds of lazy meals, but the one thing I’ve really not used it for is baked goods. Well, this might all have to change, because this recipe looks super easy and delicious. It takes pre-made tubes of cinnamon rolls, which are obviously a base of deliciousness. For the rest of the instructions and full recipe, please visit Recipes that Crock (amazing blog name).

Images courtesy of Recipes that Crock.

In tribute to my roommate, who flew around the kitchen in a flurry of awesomeness making a “Mexican Casserole” in the crockpot this morning, I’ve decided to make today’s recipe a slow cooker favorite. While searching for crockpot recipes, I stumbled on the Snappy Gourmet’s recipe for Spicy Sausage & Beer Cheese Dip. I’ve not actually tried this, but I love cheese and beer together, so there’s actually a good possibility that this could be on tap during the holidays. If I make it, I’ll update and let you know how it was! 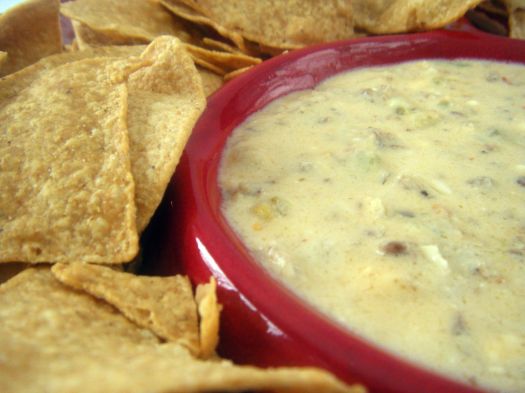 In a large skillet cook sausage, green pepper, onion, and garlic over medium-high heat for about 5-7 minutes or until meat is cooked through and vegetables start to soften. Drain any excess fat, then pour sausage and vegetables into bottom of slow cooker.

Add beer, shredded cheese, Worcestershire sauce, Tabasco, and salt and pepper to taste to slow cooker on top of sausage and vegetables. Stir everything to combine.

Cook dip on low for about 2 hours or until heated through and cheese has melted. Stir well. Remove cover and keep on low to serve warm.

You can cook the dip longer than 2 hours, but if it may thin out a little due to the condensation dripping from the top of your slow cooker.

I used 16 ounces of Monterey Jack cheese and 8 ounces Italian Blend cheese only because that’s what I had in my fridge, but I’m sure many kinds of cheese would work although some varieties including lowfat may not melt well. You can also substitute other vegetables for the onion and/or pepper or omit one. Other peppers such as jalapenos would also be a good addition.

I absolutely love my crockpot, and this recipe is one of the best things I’ve made in it. It’s fairly quick to make, and although the recipe calls for making your own sauce, I’m sure you could use jarred sauce to save time. This is absolutely a must-try. I made it for my work Christmas party a few years ago, and it was a huge hit. I make it a few times a year now, and every time I do, I wonder why I don’t make it more often.

The recipe, believe it or not, is from Weight Watchers. 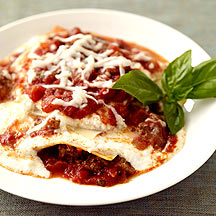