Posts Tagged ‘Back on Track’

I’m truly a little bit nervous on the logistics of how I’m going to eat like 4 bags of chips, 2 creamy dips and a large jar of cheese spread as well as a slew of Christmas cookies before I start up the ol’ diet on January 2. Should I be waking up every two hours to eat Swiss Almond cheese spread on chips? Not sure how I’m going to pull this one off, but have faith in me, dear readers. Anyhow, when things start back up again, I’m going to be eating a LOT more of things like this. Pizza with vegetable crusts. Vegetable crusts without pizza toppings. Things of that nature. That’s why I’m thanking Jenn of Leasing Happiness for this awesome cauliflower pizza crust! 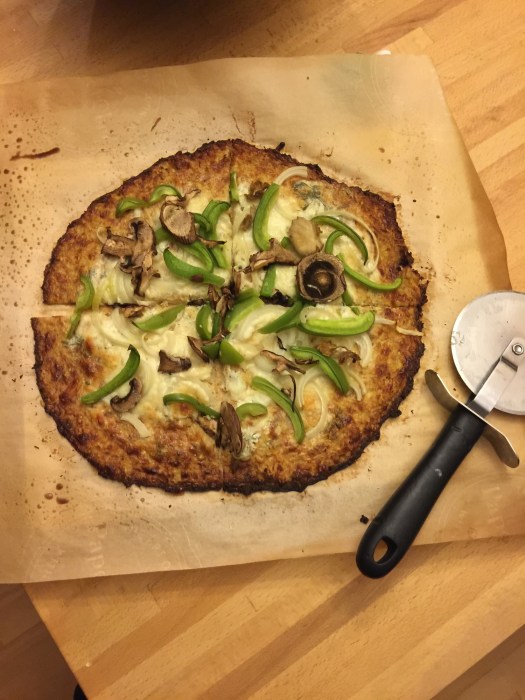 For the rest of the recipe with full instructions, please visit Jenn at Leasing Happiness. She might be another Chicagogrammer!!

Oh….boy. Ever step on the scale after a LONG hiatus of not going near the god-forsaken thing (other than to trip over it) and are just utterly SHOCKED at the 3 numbers staring you in the face? Me either. Just kidding, nope, that was me just a few 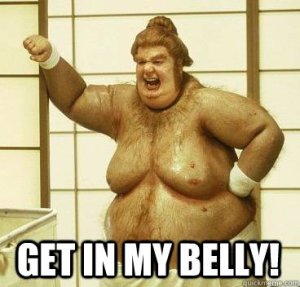 days ago, after the December HOLIDAZE and month before of new love LaLaLand caught up to me and suctioned a spare tire to the body that just over the summer had been the least of me anyone’s seen in QUITE awhile. Let’s guesstimate a fun-ish 25ish lbs? Some of it water weight (hahaha, we all know better), some of it Homemade Portillo’s Chocolate Cake, most of it just an ocean of booze and fields of Christmas cookies. My entire lifestyle since Labor Day has basically been that of Austin Powers’ “Fat Bastard.”

One time, in grad school, I got really fat, then I moved to Chicago and decided to lose weight. I used Weight Watchers, and I went to meetings, and it really worked. I stayed motivated, I lost over 30 pounds, and it’s been a lifestyle I’ve been living at least 75% of the time since. I just…it’s just that I’ve been 25% really horrible in eating the last 25% of 2015. Oh, and remember when I used to get 10,000 steps everyday, obsessively, with my Fitbit for over a year and a half EVERY DAY?! I stopped doing that, and it was shockingly easy to just sit around and eat instead of side step like a lunatic while having conversations with people while checking my Fitbit every two seconds. Who would have thought? Ah, well, you win some, you lose some.

It’s time to lose some.

I’m going back on Weight Watchers, using the Simply Filling program, which a) works and b) is awesome for people like me, who somewhere along the way just get flat out resentful and tired of having to count the points of every little thing I eat. That shiz is tedious, yo. On the Simply Filling “lifestyle”, you get to eat foods off a list, as many as you want until you’re full, which coincidentally is probably not the entire box of whole wheat ziti. There’s protein, grains, fruits, veggies, light breads, and ooo, frankencheese, also known as fat free cheese, of which the only remotely acceptable kinds are cottage, cream and ricotta. Fat free shredded cheese is….well, it’s just awful, but when your cheese-starved mind and body are whispering devilish things to you regarding sneakily stuffing most of a full bag of regular fat shredded cheese into your mouth, just substitute it with fat free and you’ll magically eat about an 1/10 of the amount of cheese you were going to force down your gullet. END_OF_DOCUMENT_TOKEN_TO_BE_REPLACED